I had just finished flying another 10 hour mission in support an overseas contingency operation over somewhat hostile territory and checked the next day's flying schedule before going back to my moldy trailer in the desert.  One of the flying lines had a remark scribbled next to it:  "Bring Camera."  I asked what this meant, and all that was known was that the receiver aircraft needed pictures.  Ok, sign me up!  I had planned another day of watching Breaking Bad, but for this I could push that back.  I tagged along with another crew from my squadron, some good friends of mine.  After 3 hours of preparation and then 4 hours of flying, we were watching the sunrise skimming it's warm rays gently across a puffy cloud deck beneath us.  A flight of F-16s came up to receive our precious fuel before their mission.  Being two weeks before Christmas, it turned out that one of the F-16 pilots simply wanted some pictures for his wife, Bri!  Perfect!  I would make sure Bri got some cool pictures this year - not only did we bring a camera, but we brought me dedicated to shooting.  This mission was not without risks - we were flying a tired 55 year old airplane, we were potentially flying in full view of enemy forces, and once back at our base, we might have been deported to a random country by the host nation's customs officials who actions were notoriously arbitrary and unpredictable. Dawn PatrolThis F-16c is seen flying low over the clouds as it approaches it's KC-135 tanker in order to refuel. The sun had just risen and is seen just grazing the cloud tops.

The pilot came prepared with both an American flag and card for his love.

Christmas card for BriThis pilot on a combat mission in his F-16c over Afghanstan needed a photo for his Christmas card so I was happy to oblige.

Jay, the boom operator, flies the boom by way of hydraulically powered ruddervators into the F-16's receptacle.  Once connected, the KC-135 tanker pilots turn on an air refueling pump to fill the receiver with his scheduled offload of jet fuel. 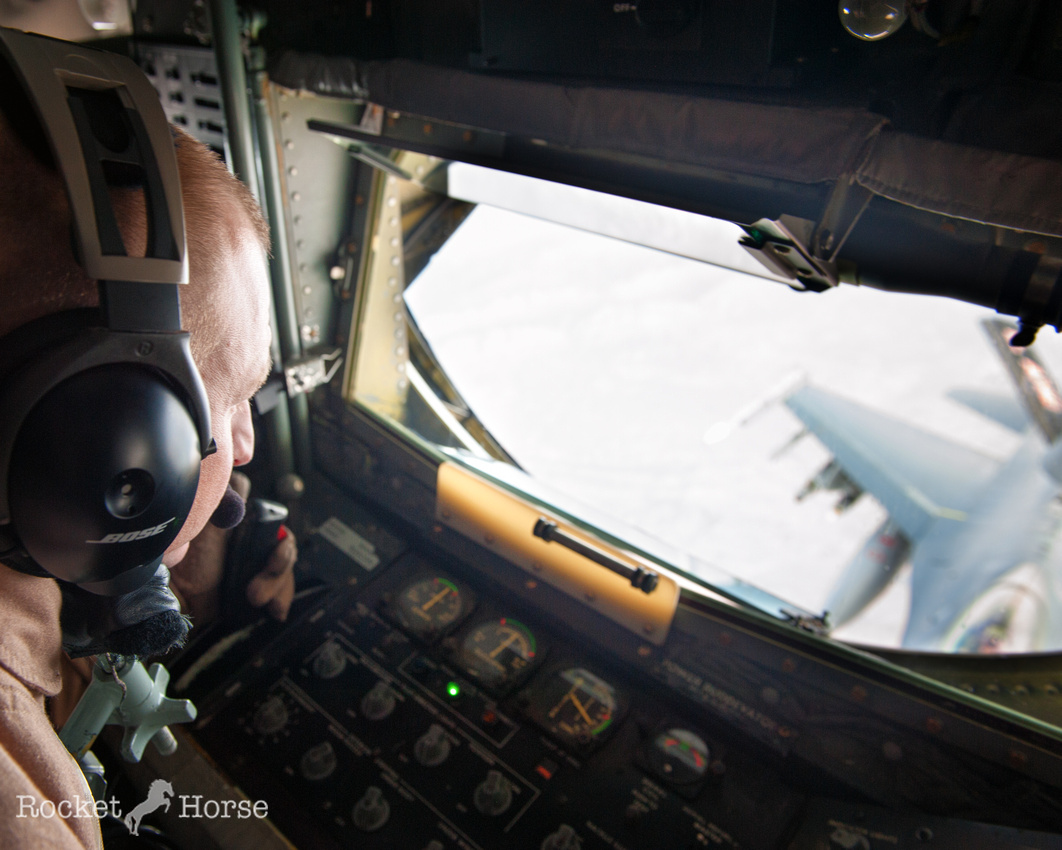