Film therapy update, day 3.
I'm up to exposure #17.  When one must pay about a $1 per shot, much more thought is given to composition and whether the image is really even worth making.  I'm practicing much more intentional photography.  The camera I'm using, my 21 year old Nikon N90, is unable to shoot in manual mode or aperture priority with most of my lenses.  Modern Nikon lenses don't have an aperture ring so I'm shooting in shutter priority only - awkward.  I suppose I could use Program mode, but this is all about becoming more intentional, and that wouldn't move me in that direction.  Next week, I'll be using a more modern (1996-2004) Nikon F5 which allows for controlling shutter and aperture settings with dual control wheels - this will allow for manual mode and aperture priority.  I thought about picking up a lens that has an aperture ring on it, but it was way cheaper to pick up a used Nikon F5 since they are now a fraction of the cost of a lens.  I'm currently shooting a roll of Fujicolor PRO 400H - cost is $10.29 for 36 exposures.  The look to the Fuji 400H is somewhat subdued based on examples I've seen.  I just finished a roll of Elite Chrome the other day (slide film) - I plan to have it cross processed for interesting colors. 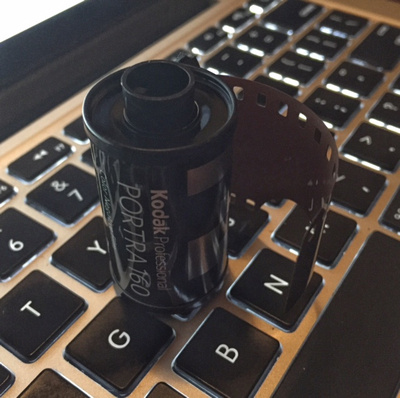