Every time a NYC subway train stops in the station, the conductor, located in the center of the train, points to a zebra hashed sign hanging from the ceiling.  This is done to confirm that the train has stopped at the correct spot.  The trains are so long that if they are not stopped in the correct spot, there's the potential that one end extends out of the station creating a dangerous situation.  Although the hashed signs have been installed since WW1, the practice of pointing at the zebra boards began in September 1996.  The MTA has a great article on the history of this practice on their website.

My goal for this photo was to capture both the sign and the pointing conductor in one shot up close.  I found that my fisheye lens on my tiny Fuji X-T1 mirrorless camera to be the perfect set up for this photo.  I don't usually like to tilt an image, but in this case, I was super close to the sign and the conductor and this tilted crop was required to fit it all in.

If you follow his pointing finger, you might not think that he's pointing at the sign.  This is an optical illusion caused by the fisheye lens.  There appears to be an arc between the conductor's finger and the sign, but in reality, it's a straight line. 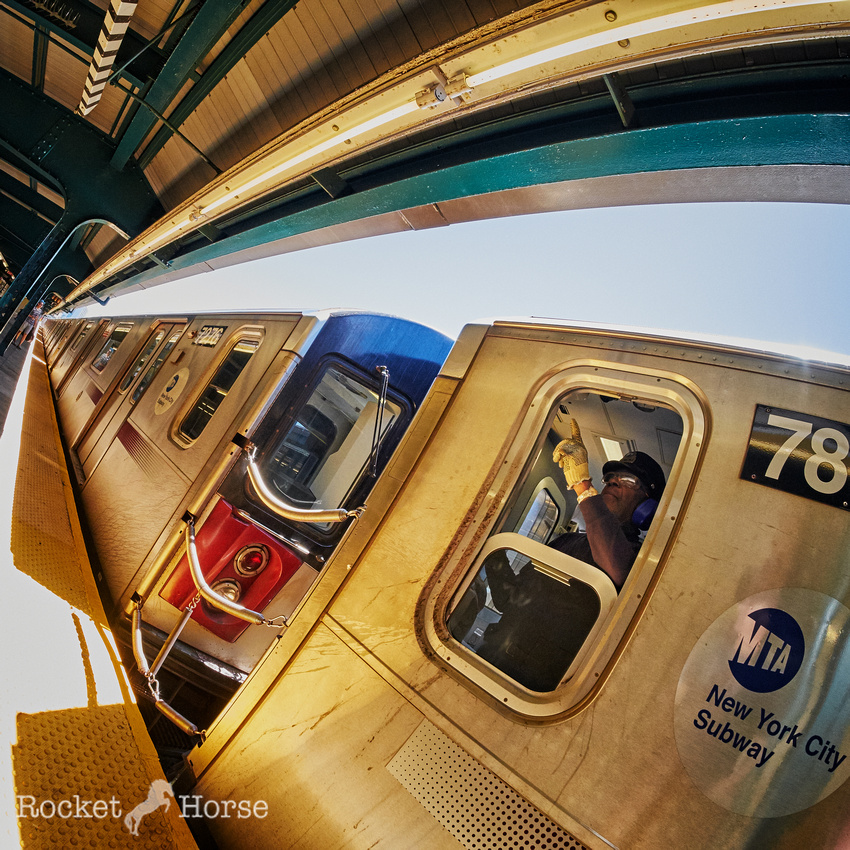