Using Off Camera Flash Inside Your Subject

Ok, so the title is a wee bit misleading - maybe it should read "inside one of your subjects to illuminate another subject."  There are numerous benefits of implementing "off camera" flash which means using a flash somewhere other than on your camera shooting straight at your subject.  A flash can be directed from the side or overhead to make for more flattering/interesting lighting.  In the case of these two images, I used a radio triggered remote flash to illuminate the aircrew inside their aircraft from the outside as they performed their preflight.  Were it not for the flash inside, the boom operator would have been shrouded in darkness in the first image, and the two pilots would not stand out from the shade of the interior of the jet on a bright sunny afternoon.

In the image below, I clipped a Nikon SB-900 flash into the interior of the boom pod on "aircraft left" pointing it straight up allowing the light to bounce off the insulation above the boom operator and also hit her directly in the face from her left.  I remotely triggered the flash with a pair of Yongnuo remote radio triggers (model RF-603N).  Note the pair of crew chiefs at the front of the KC-135R.  I like the complementary colors in this image - the blue of the sky vs the orange glow of the flightline lights. 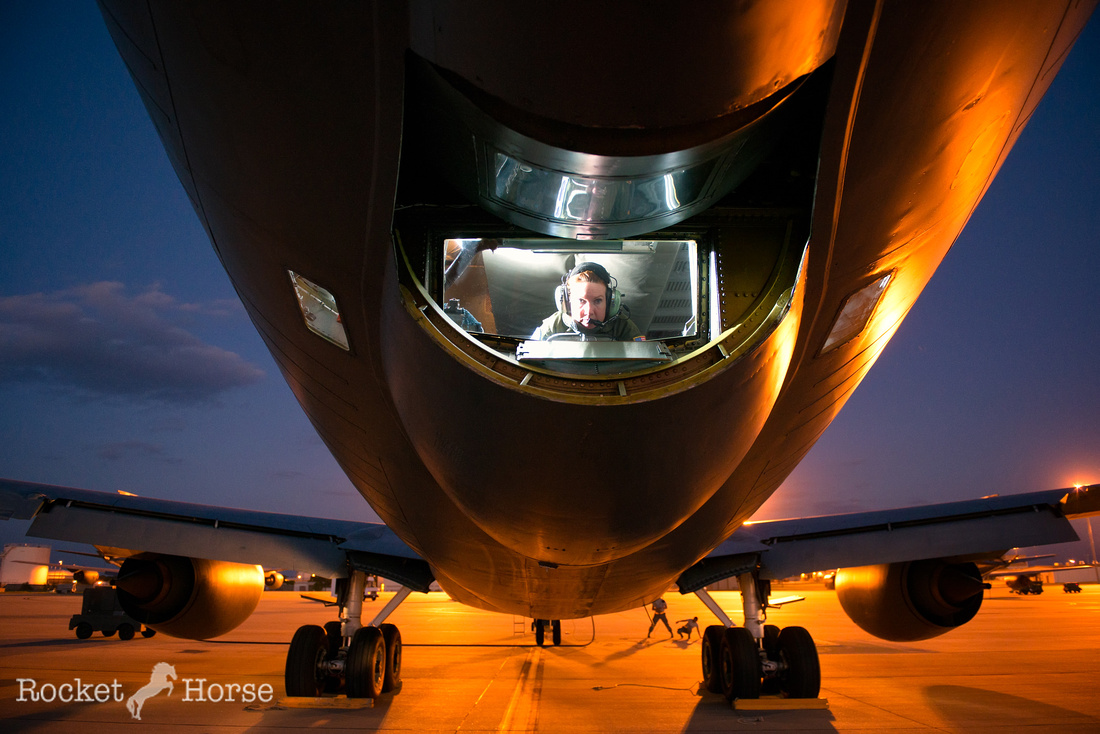 Boom Operator PreflightA KC-135 boom operator performs a preflight on her equipment before a night sortie.

For this next image, the crew chiefs graciously lent me one of their "B-4" maintenance stands so I could shoot these two aviators from eye level.  I think these two pilots were doing instructor upgrade training meaning that the pilot closest to the camera is becoming an instructor while the farther pilot is instructing the other how to instruct.  I set the flash on the dashboard pointing straight back where it lit both their faces.  If I were to reshoot, I might try a small modifier to soften the light.  I would also shoot the scene without the flash in it so I could easily remove the flash unit itself in Photoshop.  I think the flash was set to 1/4 power in both of these cases...at least that's a good starting point for you. 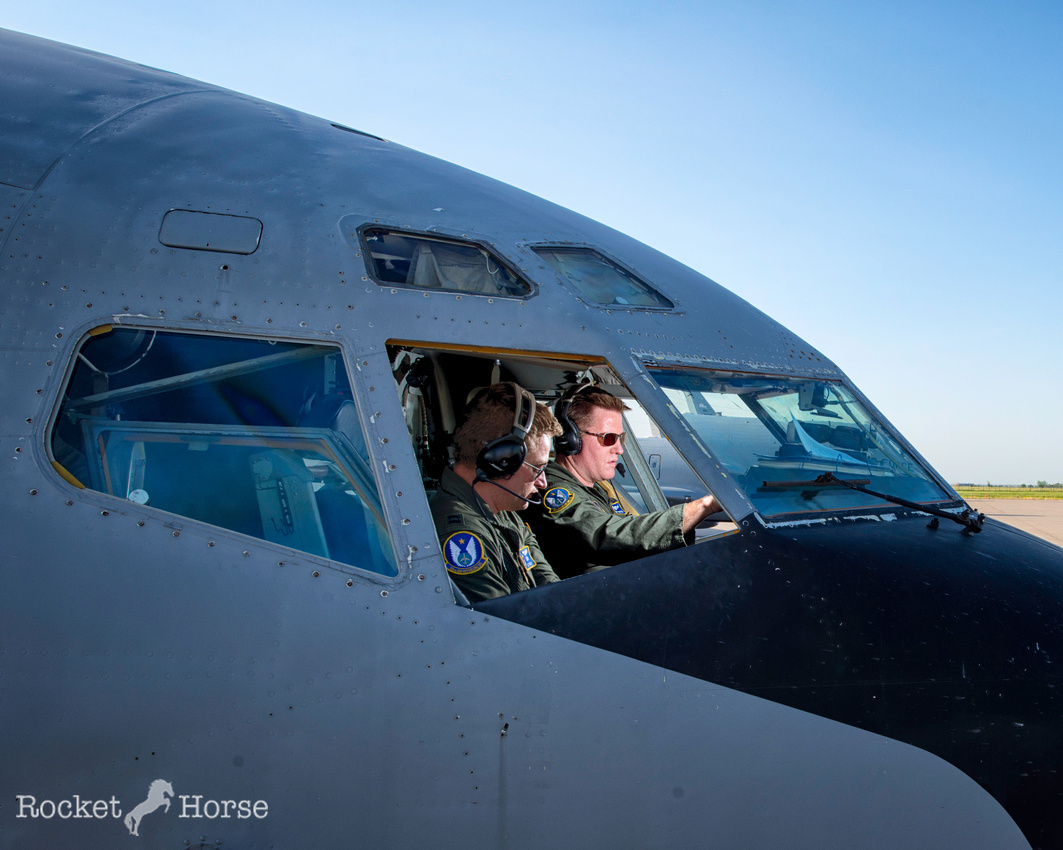